Slow internet connection? Here are some of the things commonly found in a household that might be interfering with your Wi-Fi connection. Surprise, surprise!

Research from the Farpoint Group suggests that data throughput can fall by 64% within 25ft of a microwave. However, unlike video senders, microwave interference should only occur when you’re actually using them. Better wait for that movie to download before you cook the popcorn!

Analogue Video Senders top the list when it comes to devices that interfere with your Wi-Fi. Analogue video senders, such as baby monitors and wireless security cameras, have a different spectrum profile to Wi-Fi that it comes to the point where they eliminate your Wi-Fi connection. No wonder your SSID keeps disappearing every now and then! Since these devices’ signal is always on even when no video is being sent, they are often hard to diagnose as a source of interference.

New devices have already addressed this problem by jumping to different frequencies but, according to ABI Research analyst Michael Morgan, older gadgets can still be a bit problematic.

Ever wonder why your internet connection starts acting weird during the holiday season? According to TalkTalk, Christmas lights as well as other household lights can reduce your Wi-Fi’s performance up to 25%. Worse comes to worst when your Christmas lights are blinking. Apparently, fluorescent lighting can also degrade Wi-Fi signal but they have to be very close to notice an interference.

Just when you thought it couldn’t get any worse, guess what? Your house itself could be blocking Wi-Fi! The worst culprit is chicken wire which is used to help plaster stick to the walls better. These are especially common in Victorian or Edwardian era homes. Modern homes constructed with lots of plaster board also use signal-bouncing foil coating in kitchens and bathrooms. Actually, any metal in walls can cause signal to degrade.

We already know that anything with metal can interfere with your Wi-Fi signal. However, cables add electricity to the mix and, in theory, electromagnetic radiation create radio frequency noise that interferes even more. Good thing the effect is likely to be unnoticeable. 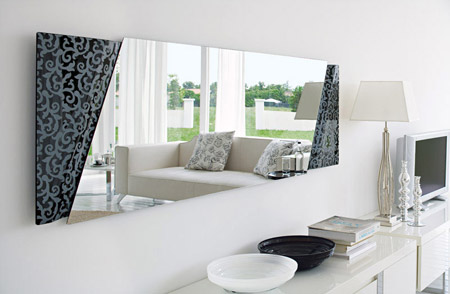 Unfortunately, your full-length mirrors might be hurting your Wi-Fi signal as well. Large mirrors tend to reflect the Wi-Fi signal back.

New gadgets aren’t the only culprits for your Wi-Fi’s decrease in performance. An ancient CRT television once knocked out wireless signal of a whole neighborhood. The ISP was forced to buy a new TV for the owner of the old TV.

You can still keep your fish but make sure the aquarium is nowhere near the gadgets that are connected to your Wi-Fi.

What Do I Do If My Internet Connections Is Slow?

70% of the time we go out to bring our services to our customer’s houses, their problem has to do with slow internet. But what a lot of people don’t realize is that computer users can actually do a lot of different things to make their internet connection faster. Sometimes, your slow internet connection isn’t even the Internet Service Provider’s fault but, instead, of your computer’s.

Here are some of the things you can try to speedup your connection at home:

If you have already hired a computer technician, you can ask them to communicate and coordinate with the technicians from your Internet Service Provider. Communication between two computer technicians can usually escalate the solution for the issue more quickly since technicians are well-trained and experienced to deal with stuff like this. They will be able to verify if the technician has eliminated the reasons for the slow connection.

According to this article, the average Internet speed in Australia is 4.7Mbps. This should serve as a basis to whether or not your Internet connection really is slow.

Most NBN packages have Internet speeds that can go up to 25Mbps, 50Mbps, and even 100Mbps. You can see from this that using fiber optics massively increases your computer speed.